The hotter the flame, the more tempered the steel. From logging to boxing, by any definition, Russ has had lots of tempering. Russ was born in Ireland and is no stranger to action himself. His journey began when he emigrated alone from Ireland at the age of 17 to a logging town on Vancouver Island in Canada. The journey lead him onto San Francisco to Hawaii, Fiji, New Zealand then onto Australia where he traveled with a boxing and wrestling troupe for three years, taking on all corners. He then took a short breather back in Ireland before returning to Canada and enlisting in the Canadian Armed Forces. Six years were spent in the military, three of them with the NATO Brigade in Europe. McDevitt is now the author of The Danny Quigley Series. They are action novels based on a guy he met whom he had to train in the UK in life insurance. He was ex-special forces and violence oozed from him. Danny Quigley was born right then.

Russ is also the author of the “How To Transform Your Life: 6 Step Personal Success Journal”.

Russ is an inspirational top-level communicator who has worked as an executive Life Coach for the past 15 years in Ireland, the U.K. and Canada. He is a human activator who ignites individuals to maximize their full potential and become as much as they can be. 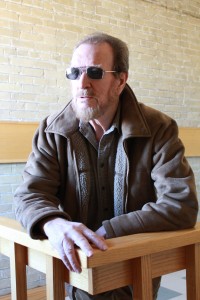