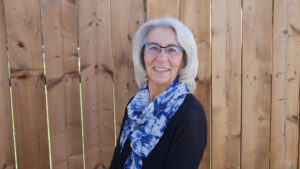 Please join us for a chat with Harriet Zaidman, whose book, Second Chances, was just nominated for the 2023 Manitoba Young Readers’ Choice Northern Lights Award.
To attend this event, email MWGEvents2022@gmail.com to receive the Zoom instructions.
Harriet Zaidman is a 3rd generation Canadian, the descendant of Russian Jews who experienced all the hardship and discrimination society had to offer in the early 1900s. Her successes are a result of their hard work and sacrifice. She’s a retired K-Gr. 8 teacher librarian, a book reviewer for the Winnipeg Free Press and CM Canadian Review of Materials and a freelance writer. She’s written 3 picture books and two novels; her first novel – City on Strike (Red Deer Press, 2019), follows children whose family is caught up in the 1919 Winnipeg General Strike. It has many of her own family’s stories woven in. City on Strike received nominations for the Geoffrey Bilson Award for Historical Fiction for Young Children and the Diamond Foundation Prize. 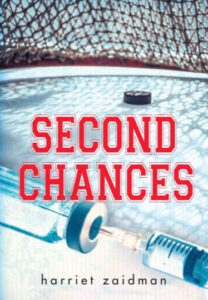 Her latest novel, Second Chances (Red Deer, 2021), is based on real events. It recalls the tragic polio epidemics of the 1950s, just as the life-saving Salk vaccine was developed. A teenage hockey star paralyzed by the disease develops feelings for a girl in hospital. She’s worried about the fate of her family, which is facing eviction from the Metis community of Rooster Town because of the racist attitudes of the city and greedy developers, who want their land. He must deal not only with his physical challenges, but decide if he has the courage to face down societal prejudices so he can follow his heart.