With the success of our evening online Book Chats and, with social distancing still an issue with kids as well as adults, we have come up with a way to reach out to the children and grandchildren of members, providing some free afternoon literary programs. During the month of August, we are lining up writers for a series of Kids Book Chats, beginning with those who were a part of this year’s Manitoba Book Awards, in particular, those who wrote books that were submitted to the McNally Robinson Book for Young People Award – Younger Category.

Each of these online meetings will begin with a reading from the author, followed by a Q&A where participants can ask questions of the author and, in some cases, with the illustrator as well. This reading series will take place every afternoon for a couple of weeks, depending on how many writers we can get on-board. We’d like to continue the series with other local writers for children and teens, too. Anyone who would like to sign up their kids or grandkids to watch, please email the Manitoba Writers’ Guild (manitobawritersguild3@gmail.com) to receive the Zoom links and instructions. 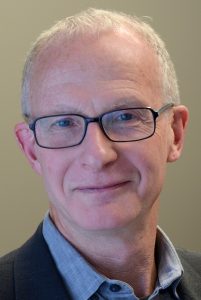 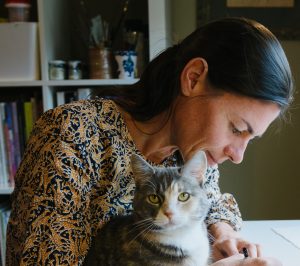 Our first Kids Book Chat will take place on Tuesday, August 4th at 1 pm with Bill Richardson, who was the 2020 winner of the McNally Robinson Booksellers Book for Young People Award – Younger Category with his book, The Promise Basket, a lyrical story which celebrates the love between a mother and her daughter. He will be joined by his illustrator, Slavka Kolesar.

As well as winning this year’s Young People Award, former radio host, Bill Richardson, was also the winner of the Stephen Leacock Memorial Medal for Humour. He has written several other highly acclaimed books for children, including The Ants Come Marching, illustrated by Cynthia Nugent and winner of the Time to Read Award; the children’s novel After Hamelin, which won the Ontario Library Association’s Silver Birch Award; The Alphabet Thief and The Bunny Band, both illustrated by Roxanna Bikadoroff.

Illustrator, Slavka Kolesar, has a BFA in visual studies and art history from the University of Toronto and trained as an early childhood educator. Other books she has illustrated include Ulysse by Suzanne de Serres, Le Nom de l’arbre by Stéphanie Bénéteau and Le Légende de Carcajou by Renée Robitaille, which was a finalist for the Governor General’s Award. She was chosen as the TD Summer Reading Club illustrator in 2017. 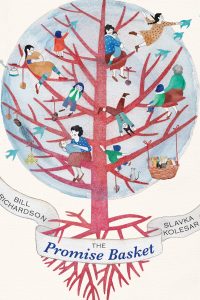 About The Promise Basket:

A stone when it’s thrown can cause damage, can break
but nothing can shatter the promise I make.

So begins the poem a mother writes on a scrap of paper. She wraps the paper around a stone and places it in a basket to give to her daughter on her first birthday. They are poor, but the mother is determined that gifts will be given when gifts need giving. She keeps her promise, and the Promise Basket, too.

Every time there is a need for gifts, the mother finds a pretty stone to tie up with paper and ribbon and gives it to her daughter in the basket. She continues the tradition over the years until her daughter has a baby of her own…