Won awards in Manitoba for her short stories. Was born in Trinidad, West Indies when it was still a British colony. Received her early education there and won a scholarship to Delhi University to do an undergraduate degree. Immigrated to Manitoba in 1968 and studied for Bachelor’s and Master’s degrees in Education. Taught High School, Junior High and Elementary until retirement in 2004. Poetry and short stories published in Anthologies and Journals in North America., including a Norton Anthology: New Worlds of Literature. Her Poetry collection, Prairie journey was published by TSAR of Toronto in 2004. Has reviewed for the Free Press, Prairie Fire and the Indo-Canadian Telegram.

Her most recently published book is The Old Songs, a story about Tessa, who comes of age as the advent of Independence in a small British Caribbean island disturbs the status quo and establishes a new class and race hierarchy in a country that historically was a polyglot nation. As East Indians living in straitened circumstances in a city in which the social mores are now dictated by the white, mixed race, and well-to-do Blacks, Chinese, Syrians, and Portuguese, the family is under siege as they struggle with financial hardship and discrimination when they are forced to move from their beautiful home in Port of Spain to a much smaller house in the impoverished suburb of San Juan de la PIna. The family’s social life is centred around the Catholic Church and their extended family, and they have their own prejudices as Tessa discovers when the restrictions placed on them by being Catholic hampers her family’s ability to improve their circumstances. Winning entrance into the most prestigious Convent School in the Port of Spain is Tessa’s only hope to get the education she needs to climb out of poverty and break free of the racism that seeks to define and restrict her life. For more information, go to: https://www.amazon.ca/Old-Songs-Madeline-Coopsammy-ebook/dp/B07NZ82JPR/ref=sr_1_1?keywords=Madeline+Coopsammy&qid=1567189977&s=gateway&sr=8-1 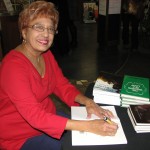