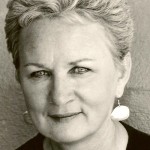 A graduate of the University of Manitoba: Bachelor of Fine Arts, Margaret worked for many years as a visual artist before beginning a writing career in 1985. Her first manuscript, a novel entitled Who is Frances Rain? (1987), was published by Kids Can Press. Margaret’s books have been published internationally in the USA, England, Germany, Italy, Denmark, Germany, China, Australia, and many other countries.

Buffie is the recipient of the Vicky Metcalf Body of Work Award (For Writing Inspirational to Canadian Youth). She was also the winner of the Young Adult Canadian Book Award; is a two time winner of the McNally Robinson Book for Young People award and has been shortlisted for many other awards and honours.

(Silver awards are given to print and audio books of exceptional merit that make a literary and heartfelt contribution to spiritual growth, conscious living, high-level wellness, green values, responsible leadership and positive social change, as well as to the worlds of art, creativity and inspiration. Winning books are featured at Book Expo America 2011. )

Chosen, Out of Focus, Our Choice (starred*) YA fiction Novel, The Canadian Children’s Book Centre
“A star (*) and a book cover in the Our Choice catalogue signify titles of exceptional calibre.”

Nominated, Out of Focus, The Snow Willow Award

Chosen: The Seeker, The New York Public Library for their 74TH Annual Books for the Teen Age, 2003

Chosen: The Seeker, VOYA’S 18th Annual List of the Best In Science Fiction and Fantasy for the Young Adult Reader for 2003 This list “features books for the very young teen and also reaches out to the older teen with books that challenge and inspire.”

on the craft of writing:

I honestly have no idea [what inspires or motivates me to write]. I just know that it is something I felt compelled to do many years ago and the desire is still there. I think it may be a way of escaping – being able to live in worlds of my own creation where I get to call the shots. All I know is that when it stops being fun, I’ll stop doing it.

Read, read, read. It’s the best advice that I can give to new writers. Then write the book that is in you to write. Then revise, edit, work hard, but most of all enjoy the process – writing should be the most fun you’ve had in years. If it isn’t, why on earth do it?

Winter Shadows: is the ghostly story of two young women living 150 years apart in the same large stone house in a small village along the Red River in Manitoba. Beatrice Alexander, who lives with her Métis father, an HBC retired builder, and her horrible English stepmother Ivy in 1856 is suffering from depression and anxiety. Beatrice keeps a diary of some odd “visions” she is having and expresses how she feels about her unfulfilled life. Five generations later, Cass, living in the same house with her widowed father and his new wife Jean, and Jean’s nasty daughter Daisy, is still dealing with intense grief over the loss of her mother, and the awareness that she hates Jean as much as Jean hates her. Beatrice and Cass come to know each other in a strange and fantastic way. Are they really communicating across time or are they both just imagining it?

Out of Focus: For sixteen year old Bernice Dodd, a budding photographer, life has been out of focus for too long. She wants to escape, with her siblings, from the cockroach-infested apartments, the bullies in the hallways, and hiding from landlords when the rent is overdue. She’s had enough of her mother disappearing for days on alcoholic binges. Bernie, one day, finally forces her hung-over mother to make a choice. Move to the country and fix up an old inherited lake lodge, or have children’s services called in, and, this time, lose her kids. Bernie’s anger challenges her mother to make a choice that might just change their lives forever. Or not.

The Finder: The third novel in The Watcher’s Quest Trilogy.
Emma Sweeney knows she has a link to the world beyond a portal on her sister’s island of Argadnel. Soon she is forced into that world to find her missing family. She lands in a place of danger, intrigue and deadly Game Playing.
Everything she values and the lives of the people she loves are at stake. Can she solve the ominous puzzles set up in this vast and treacherous maze? Kids Can Press ISBN 1-55337-671-4 (bound) 1-555337-672-2 (pbk)

The Watcher. Fifteen-year-old Emma has long suspected that something is not quite as it should be in her life. She senses danger, and knows she must watch over the family day and night—but why, she doesn’t know. Suddenly things begin to happen. Her dreams seem so real, but they are only dreams, aren’t they? Then one night, from her summer sleeping loft, she watches as the barn owl she sees so often, suddenly morphs into a human boy and runs out into the night. When Addy follows him, her whole world changes forever. Kids Can Press;1-55074-829-7; 2000. Young Adult.

Angels Turn Their Backs. A novel about Addy Jerrick, a young girl who suffers from agoraphobia. When Addy and her mother move into an old apartment in a house, strange things begin to happen. Will these events help or hinder Addy’s recovery from the horrific panic attacks and terrible fears of leaving the apartment? Kids Can Press; 1-55074-417-8; 1998. Young Adult.

The Dark Garden. The story of Thea, who is struggling to discover who she is after losing her memory in an accident. Her parents tell her one thing, but her mind and memories tell her she is someone else. Someone who lived and loved someone many years ago in the old house that Thea’s family now live in ­- someone who may have died at the hands of another.
Kids Can Press; 1-55084-2288-4; 1992. Young Adult.

My Mother’s Ghost. Jess is trying to come to terms with her brother’s death and help her parents deal with their grief. They move to a guest ranch to try to start a new life, but ghosts from the past begin to haunt Jess’s mother. Soon Jess is seeing them, too. What do these souls from long ago want from Jess’s family? Kids Can Press; 1-555074-091-1; 1995. Young Adult.

The Warnings: ( Previously The Guardian Circle) 15-year-old Rachel MacCaw, arrives at 135 Cambric St. one drizzly fall day after her dad drops her off and heads out onto the highway in his eighteen wheeler. Rachel must now live with her Great- aunt Irene and a group of crazy old people who seem determined to watch her every move. Rachel has always had “warnings” that let her know something bad is going to happen — and the warnings are almost always right. So why, in this strange old house, are the warning bells are going off 24/7! Kids Can Press; 0-921103-65-4; 1989. Young Adult.

Who is Frances Rain? When Lizzie McGill digs through an old cabin site and discovers a pair of spectacles, she puts them on and finds herself looking at the flickering shadows of a time past. Kids Can Press; 0-919964-83-4; 1987. Young Adult.

You can contact Margaret via email at : mabuffie@yahoo.ca
Margaret’s Blog/Website is at http://www.margaretbuffie.com