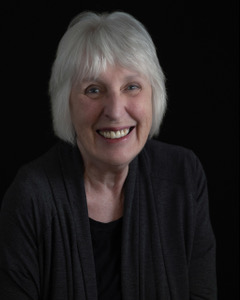 Raye Anderson is a Scots Canadian who taught Drama and ran Theatre and Community arts programs for many years, notably at Prairie Theatre Exchange in Winnipeg, in Ottawa and Calgary.
Raye has been a resident of the Interlake since 2007. Her first crime fiction novel, And We Shall Have Snow, was published by Signature Editions in 2020. It was a finalist for Best First Novel for the Crime Writers of Canada, Awards of Excellence and was also shortlisted in the Original Softcover Fiction category of the WILLA Literary Awards. It is set in winter, in the Interlake. 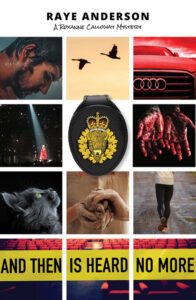 The second book in the series, which features Sergeant Roxanne Calloway of the RCMP, occurs mostly in Winnipeg, in a fictional theatre company. Titled And Then Is Heard No More, it was published in 2021, and was the Winnipeg Free Press/McNally Robinson Book Club pick for July/August of this year.

Raye returned to the Interlake as the setting for her third book, Down Came The Rain, published by Signature Editions in 2022. She has recently moved to Gimli, where she is working on a fourth novel.