Unless stated otherwise, most programs are for members only. If you’d like to attend any events, please consider joining the Manitoba Writers’ Guild. (see Membership section of website)

If interested in attending any of the virtual programs listed below, email the Guild for the links at manitobawritersguild3@gmail.com 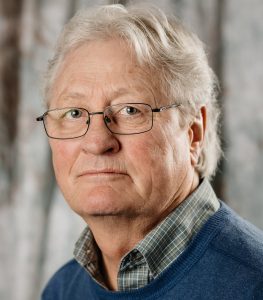 David Elias has been a frequent Mentor for the Manitoba Writers Guild Sheldon Oberman Mentorship Program, has worked as a creative writing instructor, editor, and writer-in-residence. He is the author of short stories, novels, poetry, and nonfiction.  His most recent title is a historical novel, Elizabeth of Bohemia: A Novel about Elizabeth Stuart, the Winter Queen.  His first work of nonfiction, The Truth about the Barn: A Voyage of Discovery and Contemplation, by Great Plains Publications, will be launched virtually  on October 21, 2020, through McNally Robinson Booksellers.

Halloween Special
Open to the Public

Join us to listen to the spooky readings of our line-up of writers:

(science writer, educator and author of such books as Big Book of UFOs & When They Appeared: Falcon Lake 1967) and L.V. Gaudet (author of dark fiction and member of the Manitoba Writers’ Guild, Horror Writers Association, and Authors of Manitoba, best known for her

There will be a Q&A and Open Mic to follow. To get your free ticket, follow the link:

Barbara grew up in a railway family in England. Her father was a conductor for British Railways. After Winnipeg became her new home, she married a Canadian National Railway employee from the Transcona Shops. 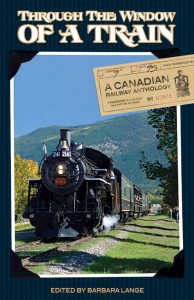 As she and husband Larry Lange travelled on Canada’s ribbons of steel, they heard many stories.  Barbara decided to help preserve a slice of Canada’s railway history. With the help of 30 other Canadian authors, she published her first book Through the Window of a Train: A Canadian Railway Anthology, (Borealis Press, 2010). Her interest in all things railway increased and she soon found herself working on a second book.  Memories of the Moonlight Special and Grand Beach Train Era (Borealis Press, 2018) captures the flavour of the first half of the 20th century, when trains transported people to beaches on the east side of Lake Winnipeg, and passengers felt part of one big family. 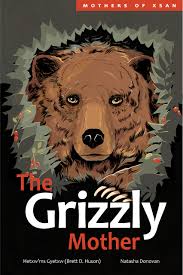 Brett Huson – Hetxw’ms Gyetxw, also known as Brett D. Huson is from the Gitxsan Nation of the Northwest Interior of British Columbia, Canada. Growing up in this strong matrilineal society, Brett developed a passion for the culture, land, and politics of his people, and a desire to share their knowledge and stories. Brett has worked in the film and television industry and is a volunteer board member for such organizations as Ka Ni Kanichihk and Sakihiwe Festival. The Sockeye Mother (winner of The Science Writers and Communicators Book Award) was Brett’s first book for children. His current book, The Grizzly Mother won accolades at this year’s Manitoba Book Awards. This book is part of the series called Mothers of Xsan.

As Brett continues creating new art and working on new books, he is also working with the Prairie Climate Centre at the University of Winnipeg. With the support of his wife, Jeri, and their children Warren and Ruby, Brett endeavours to continue sharing stories with an engaging look at how the animals, people, and seasons within an ecosystem are intertwined. To the Gitxsan people of Northwestern British Columbia, the grizzly is an integral part of the natural landscape. Together, they share the land and forests that the Skeena River runs through, as well as the sockeye salmon within it. Follow mother bear as she teaches her cubs what they need to survive on their own.

Come see what the Manitoba Writers’ Guild has done for its members in the past year and what our plans are for the future. All are welcome to attend, but only Members who have joined or renewed 60 days prior to the meeting will have voting privileges. We will also be deciding on changes to the Governance Manual, particularly those clauses relating to pandemics, as well as the slate of Board Members, including two new people who have tossed their hats in the ring. If you wish to be involved in Board &/or Committee matters, please email us your resume and reason(s) why you want to become a Board or Committee member.

Halloween is right around the corner and, with Covid still rampant in our society, we figured we should bring you something fun to take your mind off of it, so how about a short story contest?

Feel free to send your stories to the Manitoba Writers’ Guild email address below. We can’t wait to see what you come up with!

State of the Market

November 2020, Date/Time TBA:  Ever wonder about local publishers and what they’re all about? Now’s your chance to find out. This new initiative will host a panel of publishers from Manitoba who will discuss publishing trends and what to expect from the field in the future. If you ever wanted the chance to learn about the local publishing scene, now is your chance. We hope to host these events quarterly.

How to Create a Docudrama
with Sharon Hamilton

Bring your story to life by developing your writing craft through DOCUDRAMA. Create a finished piece of publishable or performable writing in six 3-hour sessions that includes:

Workshops are designed for small groups of 2-4 people working together. However, they can also accommodate those who prefer to work independently. 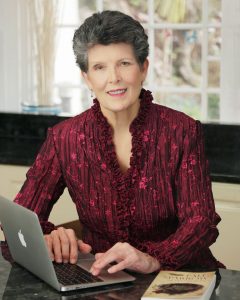 YOUR COURSE LEADER: Dr. Sharon Hamilton, Professor of English (Emerita), has enjoyed a lifetime of writing, drama, and teaching. In addition to her published memoir and over a hundred professional articles and book chapters, she is working on her fifth novel and has written two plays, performed in Winnipeg, Indianapolis, and Texas.

She developed a senior level docudrama course at Indiana University and has adapted it as a six-session workshop for the Manitoba Writers’ Guild. She created a docudrama for the 2019 launch of her fourth novel, Manitoba MAID, at McNally Robinson Booksellers.